The Western Regional Panel on Aquatic Nuisance Species was formed in 1997 to help limit the introduction, spread and impacts of aquatic nuisance species into the western region of North America. This panel of public and private entities was formed by a provision in the National Invasive Species Act of 1996 (P.L. 101-636), the amendment to the 1990 Act. The spread of nonindigenous aquatic species is causing significant economic and ecological problems throughout North America. Invasive, non-native species are one of the leading threats to the ecological integrity of forests, grasslands, and waterways. Recognizing the threat to western aquatic ecosystems and water delivery systems caused by invasive non-native species has raised concerns with representatives from state, provincial, and federal agencies as well as private water interests. The purpose of the website is to provide an information network for the various interests involved with management of aquatic invasive species and to educate the public. 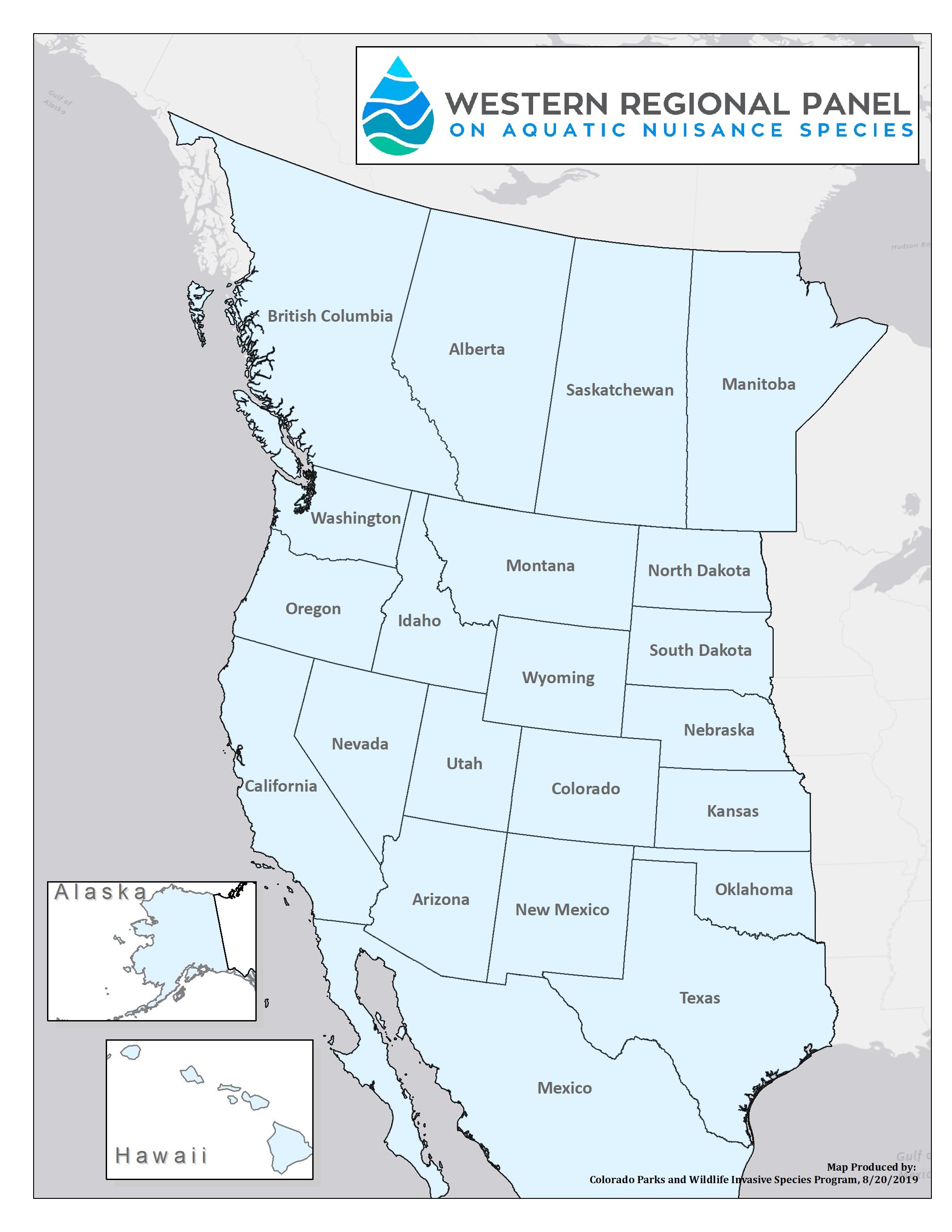 The WRP is made up of 19 western states and four Canadian provinces.

The public and private sectors working together to protect western water resources from aquatic nuisance species.